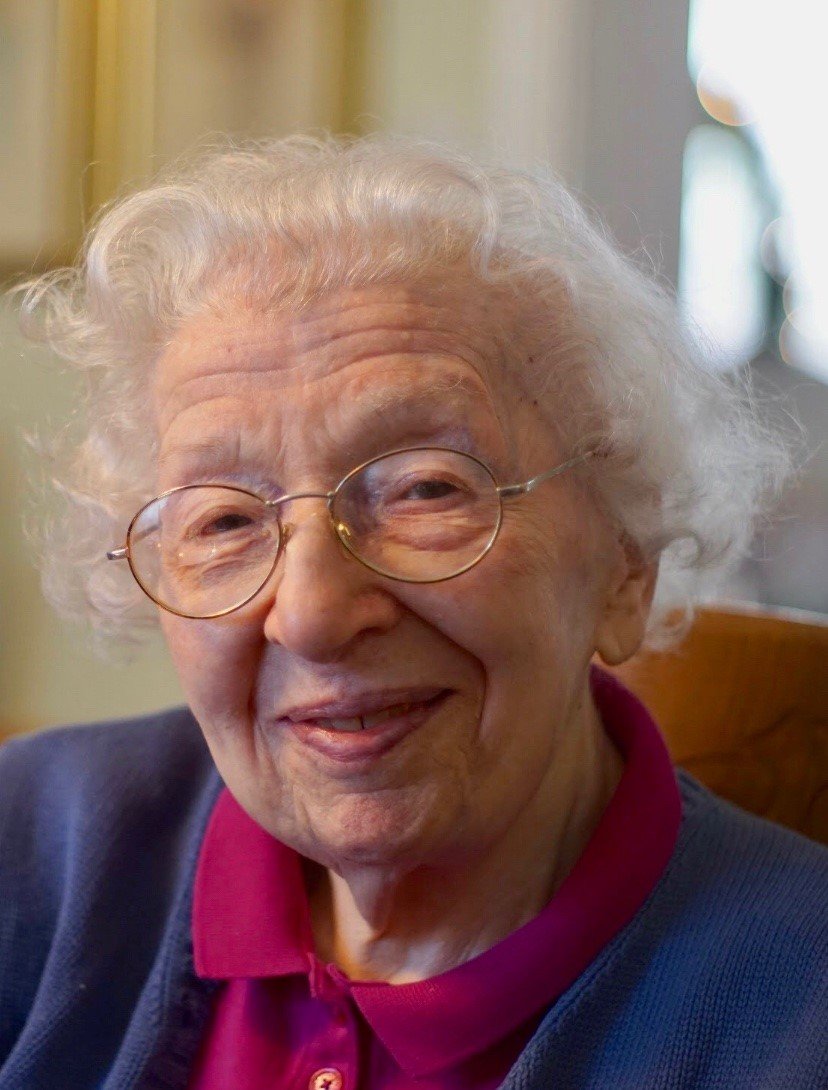 Jacqueline Crabtree passed away at Pin Oaks Living Center on Oct. 7, 2021. She received loving care as a resident of Pin Oaks and a patient of Compassus Hospice.

Jacqueline was born Sept. 5,1926 in Cambrai, France, a daughter of Ferdinand and Alice Rose Gschwind Choisy.

She was an only child whose childhood was happy and uneventful until, on her 13th birthday, World War II brought the German troops to occupy her hometown for the next five years. Living in Occupied France in her teenage years, she saw her school gymnasium become soldier barracks, her beloved uncle a prisoner of war and her best friend, who was Jewish, disappear never to return. She continued her schooling and graduated with honors at age 18 as the German troops were defeated and met her future husband Frank Crabtree, an American soldier, at a street dance given by the townspeople as a thank you to the Allies.

After receiving her college degree at the École Normale Supérieure de Lyon in France, Jacqueline crossed the ocean on the Queen Mary and passed through Ellis Island on her trip across America to join Frank and marry him on Aug. 15, 1948. They were married until his death in 2011.

Jacqueline became an American citizen in May 1964 in St. Louis, along with 81 other individuals ranging in age from 5 to 79 from 30 countries.

She worked as a “lunch lady” at Eugene Field Elementary for many years and assisted genealogy buffs in translating French documents into English. She also would assist AP Green’s Company with their international visitors acting as a translator.

No visitation will be held and burial will be private.

Online condolences may be left at www.arnoldfh.com.