That is fine as the weather outside the gym is hot rather than chilly like it is during the winter season. Head coach Ed Costley said the … 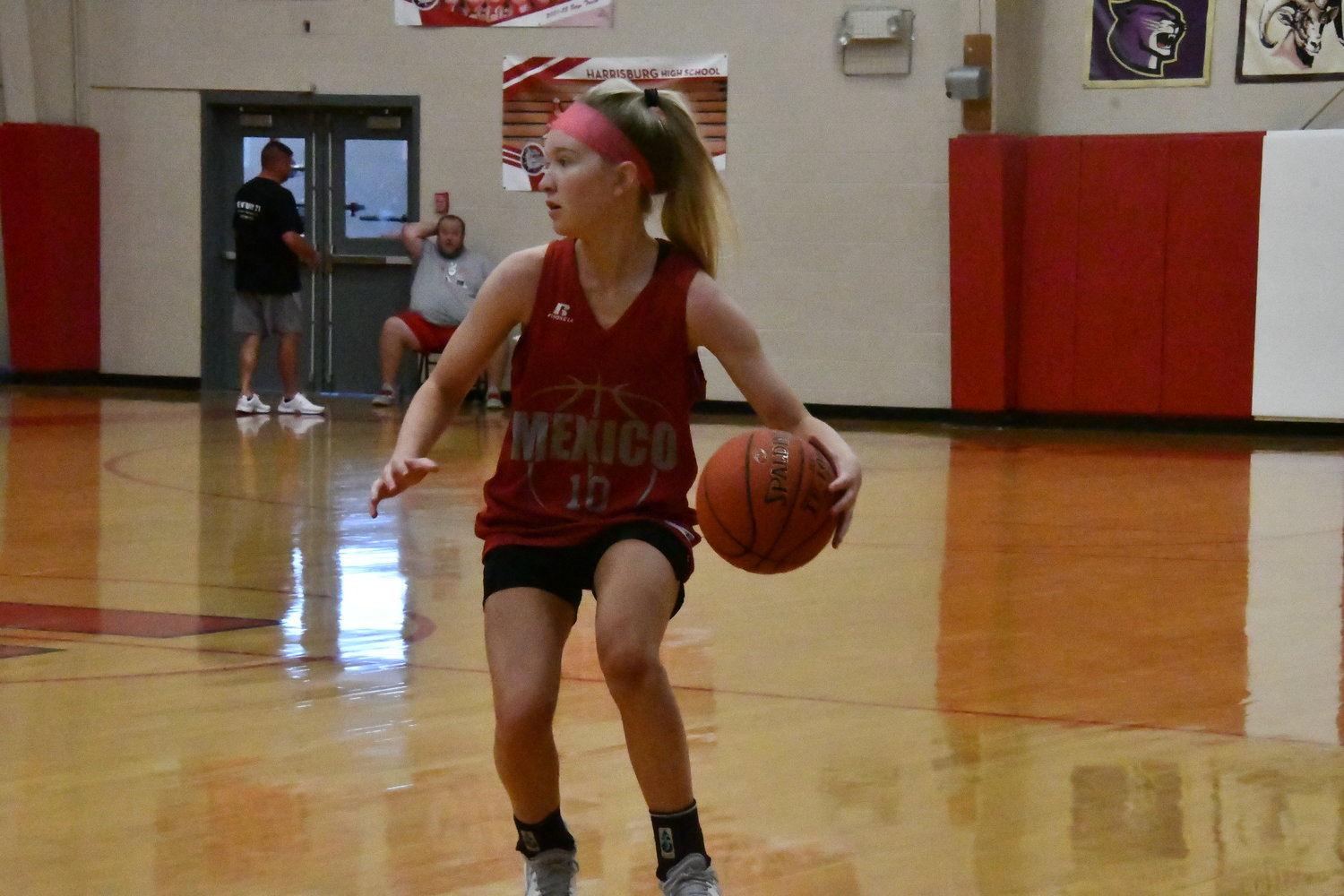 That is fine as the weather outside the gym is hot rather than chilly like it is during the winter season. Head coach Ed Costley said the Lady Bulldogs have been focused on evaluating the players that have shown up for competitive games this summer so far.

“We’ve only had six or seven players — one was an eighth grader last week helping us out,” Costley said. “We’ve got some girls out of town so that’s something you look at. There’s a lot of stuff we can work on without playing games to get better.”

The games Mexico has played includes a 1-1 record in the two games it played June 14 at South Callaway against South Callaway and Linn and two more contests June 21 at Harrisburg against Moberly and Fayette. The team has also had six open gyms up to this point.

Costley said the Lady Bulldogs will have to adjust after graduating four seniors, including all-state guard and future Columbia College Cougar Mya Miller, but a few integral pieces played the last couple weeks.

“Three of those girls were key parts for us last season,” Costley said. “They’ll be key parts for us this season as varsity players. A couple seniors, Messiah Simpson and Lexie Willer, and my sophomore Claire Hudson, those three have been on the floor. You see how they matured from another year.”

This has been a summer where Mexico has had some players play scrimmages with the softball team as the fall season is right around the corner and AAU summer basketball is even closer so Costley said he watched whether his girls could make a play. Not much can be figured out yet when it comes to team identity and calling plays on the floor.

“I think, sometimes, just finding out can they just play basketball and win their one-on-one matchups without a play call,” Costley said. “Can you put together some things? I saw some skills that were put together from our workouts. You’re just evaluating each individual and saying, ‘Hey, this is what we got to work on,’ or ‘This is a strength we’ve got to move forward to or this is a weakness we’ve got to stay away from as a team.’”

Costley acknowledged that rebounding is an aspect Mexico struggled with in the games they’ve played and will be an area it needs to work on in the future. For the near future, though, refining individual skills through morning workouts, like shooting, will be focused on the rest of the summer.