Early in the second set it appeared certain that Southern Boone would sweep the Bulldogs.

After dropping the first 25-19 at the Sports Complex on Wednesday, Mexico fell behind 15-5 in the second. … 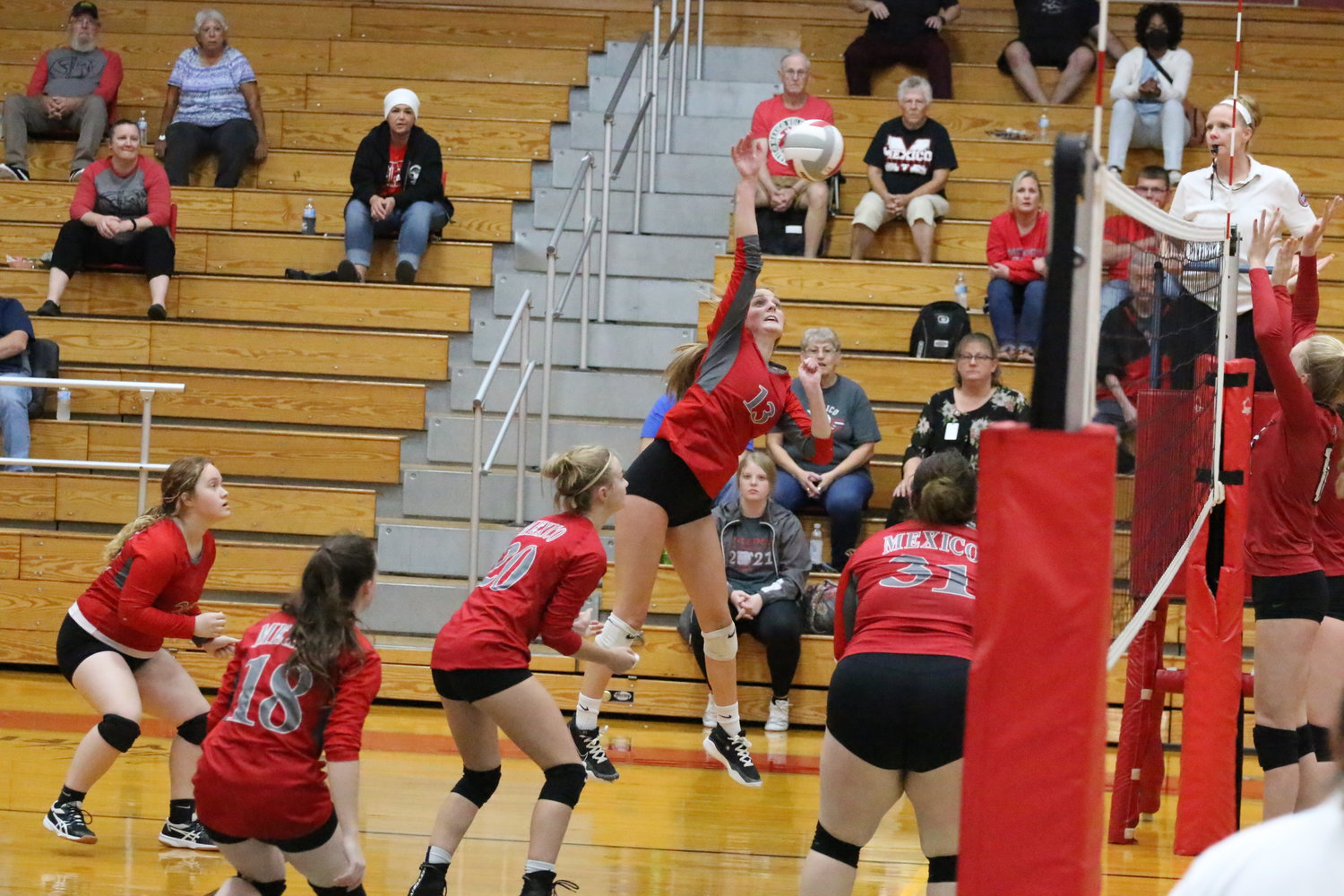 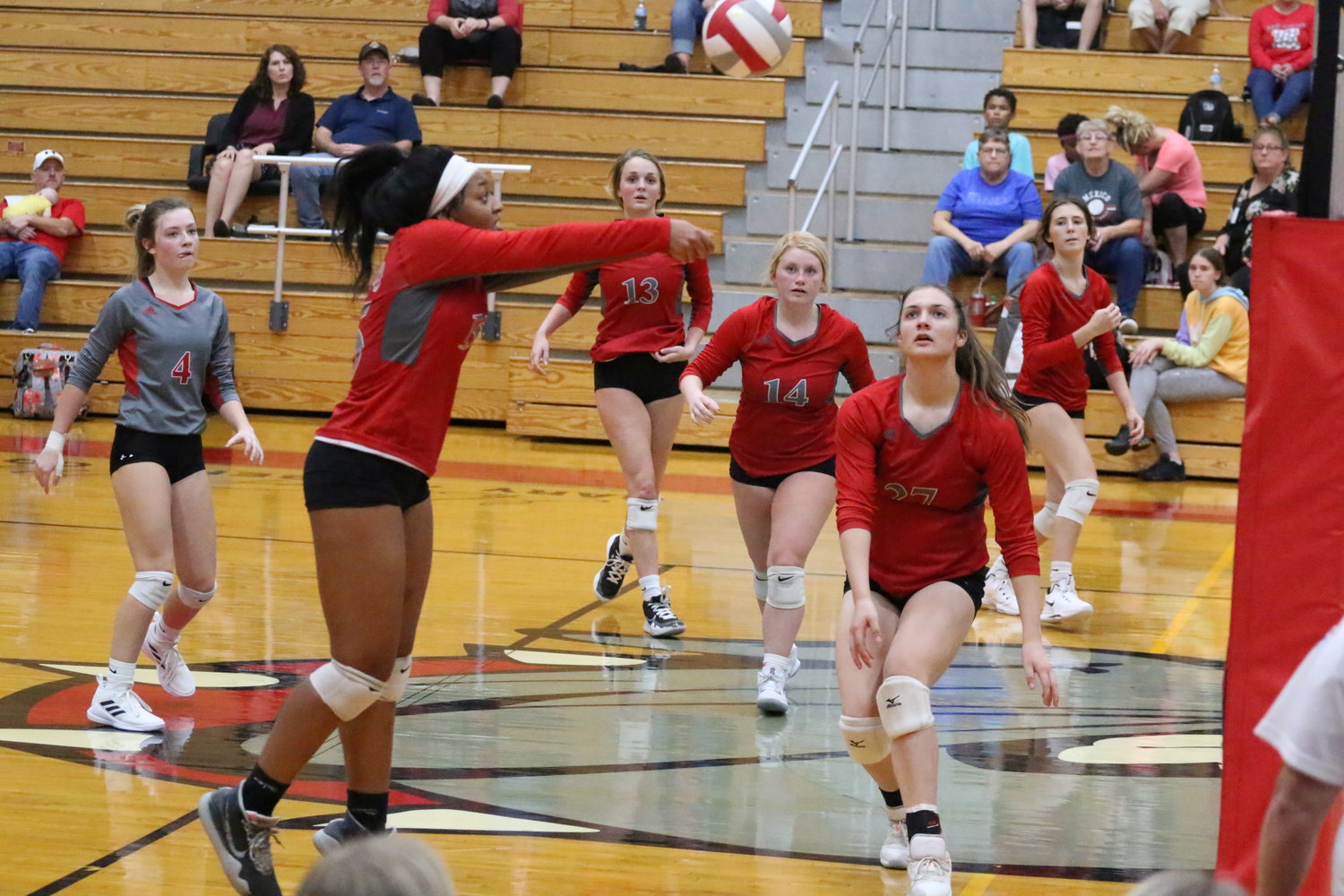 Early in the second set it appeared certain that Southern Boone would sweep the Bulldogs.

After dropping the first 25-19 at the Sports Complex on Wednesday, Mexico fell behind 15-5 in the second. Although the Eagles went on to complete a 3-0 win, the Bulldogs proved to be stubborn and entertaining foes.

Down by 10 in the second, Jessica Stephens led a 3 point run. Soon Mexico had pulled the deficit back to five.

An exchange of serves drew the Bulldogs even closer, due in part to another Stephens smash. It was 19-16 when Mary Test stepped to the service line.

Her first delivery beat Southern Boone's Londyn Honeycutt. The second also foiled the visitors. Just like that it was a one point game, 19-18.

But the Eagles began to pull ahead, reaching the brink of victory, 24-20. Then Stephens struck again, scything a ball beyond the reach of Southern Boone's back line.

It was a refrain that would become familiar. The junior outside hitter finished the evening with 17 kills.

"I was just feeling it," Stephens said. "I hadn't been playing well lately. I wanted to come through for my team."

In the first set Stephens had kept Mexico within striking distance in the early going. Set up by crisp passing from Tessa Haefling and a feed from Lizzie Joiner, she hammered a ball down the line to pull the Bulldogs within two.

Later in the first, playing off a Haefling dig and a nifty Ally Wilson set, Stephens essayed a looping ball over the front line to make it 21-19. Despite losing the opener 25-19, Mexico's play was fluid.

The teamwork was evident throughout the second set. Then Emily Nunan took her turn at the line and gained another point when the Eagles' Lauren Winters hit a return wide. The Bulldogs had brought it back to 24-22.

But Southern Boone tapped over the final point to claim a hard fought 25-22 win.

"When we have fun we play better," said Alexzandra Walotka of Mexico's recovery.

The Bulldogs were clearly having fun in the third. They jumped on the Eagles early. Emily Moppin gave Mexico a 5-2 advantage after a long volley.

In fact, extended back and forth play would be a hallmark of the final set, as would trading punches. It was 5-5, 7-6 in favor of the Bulldogs, 8-7 as the balance tipped to Southern Boone.

"We lost the ball on the first serve too often," Stephens observed. "That didn't help us."

The ticking and tocking continued as the two sides locked at 9-9 and 10-10. When the Eagles went up by one, a bullet from Capri'Ona Fountain evened things at 11-all. Again the visitors edged out, again the Bulldogs reeled them back on a Wilson two-hander, 12-12.

When Southern Boone carved out a two-point lead, Walotka brought it back with a slap the Eagles' defense couldn't handle.

Yet bit by bit in the latter stages, Southern Boone crept away, taking the finale 25-19.

Still, there was a positive feel to the loss.

"I think we did great," Walotka said. "It was one of our best games."