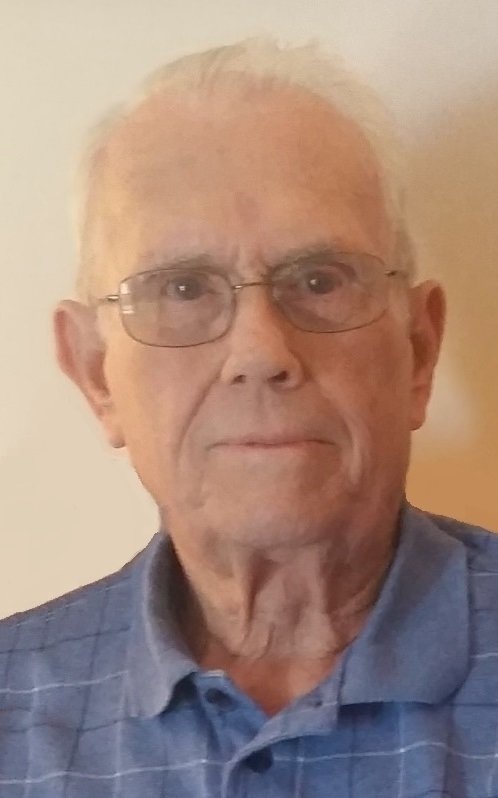 David Shock, 94, of Grain Valley, passed away on Thursday, Sept. 15, 2022, at his home. A celebration of life will be held at 1 p.m. on Friday, Sept. 23, at Royer Funeral Home, Grain Valley. The family will receive friends from 12 p.m. until time of the service at the funeral home. Contributions can be made to The Alzheimer’s Association: alz.org/donate or The American Cancer Society: donate3.cancer.org.

David was born Aug. 20, 1928, in Boone County, the son of John A. and Roymae (Weaver) Shock. He was united in marriage to Jean Cornett April 24, 1948. To this union two children were born, Bruce and Beverly. He worked for 45 years at AP Green Refractory, located in Mexico, primarily working as a patternmaker. He learned this trade during his 2 ½ years in the U.S. Navy. David was very resourceful and could fix anything that needed fixing. His reputation as a skilled Volkswagen mechanic was known far and wide. He loved spending time with his family, especially his grandchildren and great grandchildren. He and Jean were master gardeners, annually growing an impressive vegetable crop for the entire family to enjoy year-round. Many summer nights were spent snapping green beans on the back deck to prepare them for canning. David enjoyed going fishing in nearby ponds and fishing and boating on Mark Twain Lake and several lakes in southwest Missouri with his children and grandchildren.

He was preceded in death by his parents, three sisters, and one brother.

Royer Funeral Home, Grain Valley, is in charge of arrangements.