Alderman meeting that would allow it to raise the price of pickups for residential solid waste. 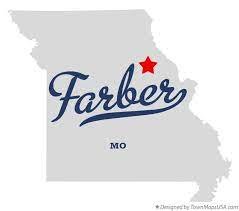 Alderman meeting that would allow it to raise the price of pickups for residential solid waste.

Barbara Straube, the City Clerk of Farber, said the price will now be $13 a month, up from $11.

“It’s because of the cost of fuel going up,” Straube said.

• The board discussed applying for a grant to help in fixing the storm sirens in town. According to Straube, the sirens have not worked since the beginning of the year.

“When they did the monthly tests in February, the sirens in Farber did not activate.” Straube said they will purchase a new one and hopefully get it installed as soon as possible. The hope is to also look at other alternatives – a couple of older, manual sirens – that could be used until the purchase of the new ones are in place. “They can be set off remotely from the 911 center and that’s what we will do in the interim until we find out about getting a brand new one.”

• The board passed another ordinance allowing for the ability for citizens to own three chickens on their property. Straube noted that in order to be allowed to proceed, it would depend on a number of qualifications and those who are entertaining thoughts of doing so, should check with city officials.

• The board discussed the future possibility that at their next zoning meeting, a talk about a potential new bill on the state floor examining if residents that host a home business would have to possess a license to operate could take place. Staube said the belief is the bill will be passed. “People who have in-home businesses wouldn’t have to have a license anymore, but if they are in a residential area, they can’t have so much traffic that it causes a problem in the neighborhood, have excessive noise or certain things that will put them in violation.”

• The board discussed a possibility of employing the services of an animal control business since Farber does not have a city pound. Essentially, the city would contract out various works to this particular business to pick up strays or problem animals. “We would pay a monthly fee for the work to be done for us,” Straube said. “We decided now to not make a decision until we have more information.”

• A maintenance meeting set for Tuesday in Benton City was going to discuss insurance and abatement issues. For a recap of what was addressed, check back in a future edition of The Ledger.