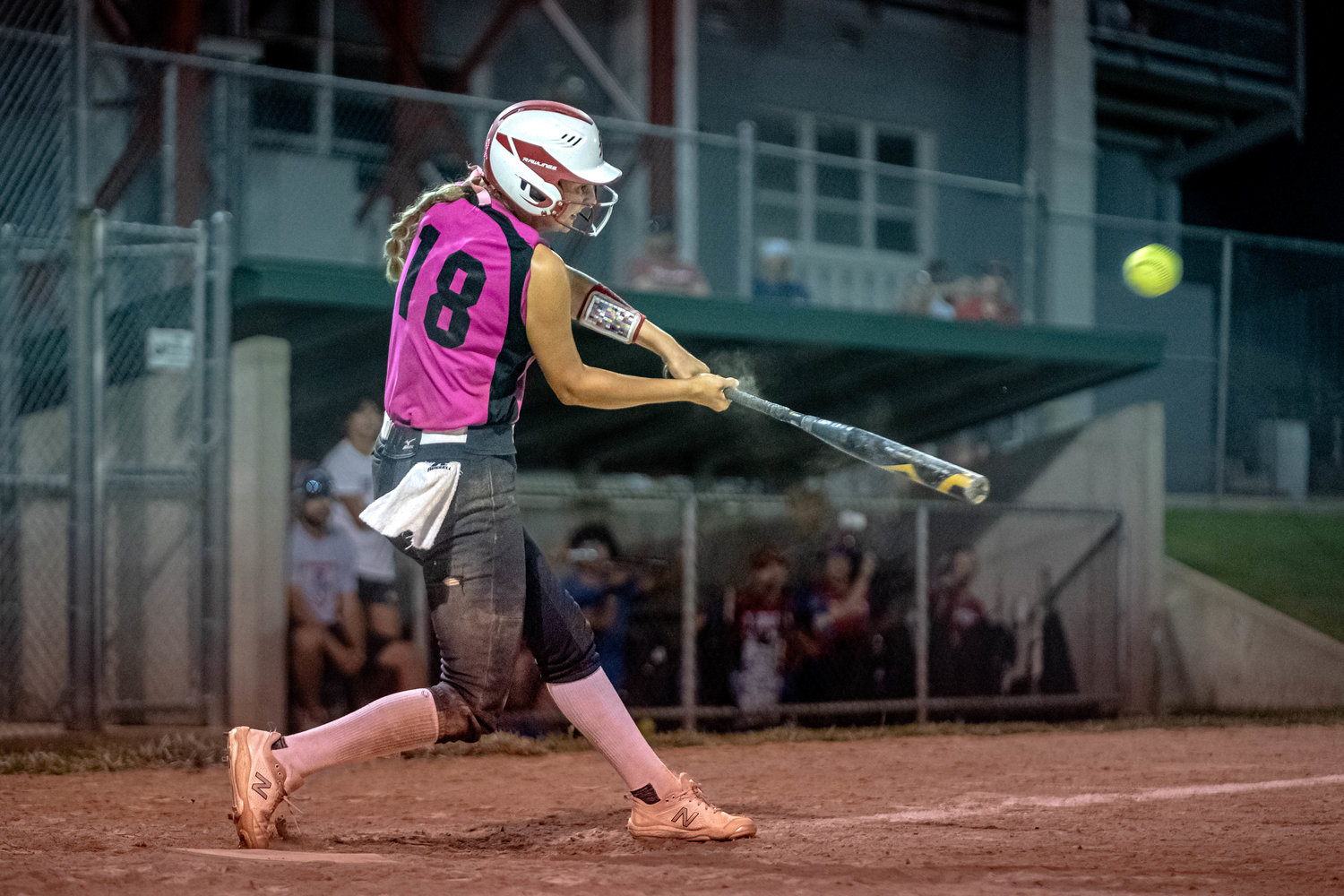 The Lady Bulldogs defeated North Central Missouri Conference foe Moberly 12-11 on Tuesday at home after Kierstan Epperson lifted a walk-off RBI single to right-center field. Mexico started to rally in the 11-batter seventh inning after a couple errors and a couple Lady Bulldogs were hit by pitches.

Epperson finished 3-for-5 with three RBI and a double, Maddy Feger went 3-for-5 with two doubles and an RBI, Jo Thurman had two RBI, and Hannah Loyd picked up her two RBI on a game-tying double in the seventh.

Mexico was dealing with an 11-6 deficit going into its final turn at the plate. After Abby Bellamy and Lexie Willer reached on errors, Kenley Jones began the scoring with an RBI single. Thurman became the second Lady Bulldog hit by a pitch in the inning — and second in the game for Moberly pitcher Kennedy Messer — after Shi Exendine was plunked earlier, making it 11-9.

With the bases still loaded, Feger worked to a 3-2 count and thought she had walked but was rung up by the home plate umpire for the second out. Loyd had an 0-for-3 in the game until she lined a ball out of the reach of the third baseman down the line to tie the game. The Lady Spartans, who carried a four-game winning streak into Tuesday thanks to a championship at the Cairo tournament on Saturday, had a base open so they opted to intentionally walk Bellamy to face Epperson, who burned them on the fifth pitch of the at-bat.

Moberly (6-10, 2-3 NCMC) had a 5-3 lead after the first inning thanks partly to a three-RBI home run from Jordan Pasbrig, who finished 2-for-3 with five RBI and two home runs. After a two-run fourth inning for Mexico, the Lady Bulldogs had two hits in the next two innings before their do-or-die seventh.

Mexico (12-9, 4-2 NCMC) plays in the Versailles/California Turf War Tournament on Friday and Saturday.

Mexico’s serving was at its best Thursday.

The Lady Bulldogs earned their second straight three-set sweep, defeating district opponent Bowling Green at home 25-13, 25-21 and 25-22 and beating the Lady Bobcats decisively after splitting two sets in the first meeting on the previous Saturday at the New Haven Round Robin. Mexico finished with a season-high 17 service aces, including 10 by Jaclynn Cline.

Five other Lady Bulldogs each picked up at least one ace, with Aleigha Jackson having three of them. Jessica Stephens had a team-high eight kills, Jackson led with 14 digs and Ally Wilson paced the team with 12 assists.

In Mexico’s previous four wins against the Lady Tigers, the Lady Bulldogs have needed a deciding set to put them away, including a five-set win earlier this season at home. On Tuesday in Kirksville, Mexico earned its first three-set sweep of the year, and first all-time since Oct. 14 last season against Marshall, winning sets 25-18, 25-17, and 26-24.

Jaclynn Kline led Mexico with 12 kills, making her the lone Lady Bulldog with double-digit kills. Ali Walotka led with 16 digs and was one of three Lady Bulldogs to finish with double-digit digs along with Jessica Stephens’ 14 and Tessa Haefling’s 13. Lizzie Joiner and Ally Wilson finished with 11 and 10 assists, respectively.

The Lady Bulldogs (3-3 NCMC) had eight errors at the end of the first set but had 10 errors in the final two sets. They had five miscues and a match-high 11 kills in the tight third set.

Mexico was leading at Hannibal on Tuesday.

After 10 minutes, the Pirates scored nine unanswered goals to defeat the Bulldogs 9-1 in the North Central Missouri Conference matchup.

Gage Walker scored Mexico’s goal 10 minutes into the game until Hannibal responded with five goals before halftime, starting with an unassisted goal from Bodie Rollins, after it adjusted to Mexico's defense that were forcing them offsides.

Hannibal (6-3, 3-0 NCMC) scored its first second half goal four minutes in off a penalty kick, adding on against the Bulldogs’ backup goalkeeper due to starter Emille Scanavino being out sick.

Mexico (2-5, 1-4 NCMC) plays in the Moberly Invitational on Friday and Saturday.

The eighth-grade Bulldogs were able to break away from Kirksville on Wednesday.

Mexico defeated the Tigers 22-0 in the North Central Missouri Conference matchup to earn its first win of the season. The Bulldogs picked up a safety to lead 8-0 before halftime and then had a couple of long touchdown runs to seal the victory.

After Braelon Jeffries ran it in from two yards out, Nathan Hartegan tackled the ball carrier for a safety. Head coach David Okenfuss said Hartegan was key on defense as he also had a fumble recovery in the game.

Titus Grubb and Jeffries each ran for 35 yards to score, and Montrez Johnson added two points via a run following one of the touchdowns.

“It was nice to finally get one into the win column,” Okenfuss said. “Our offense, defense and special teams had their best showings of the season. We will need to cut down on penalties as we prep for a trip to Marshall next week.”