Missouri Military Academy cadets joined Kemper Military School and College alumni at the opening of the Kemper Museum at 323 Main Street in Boonville on Oct. 1. Thirty-three high school cadets from … 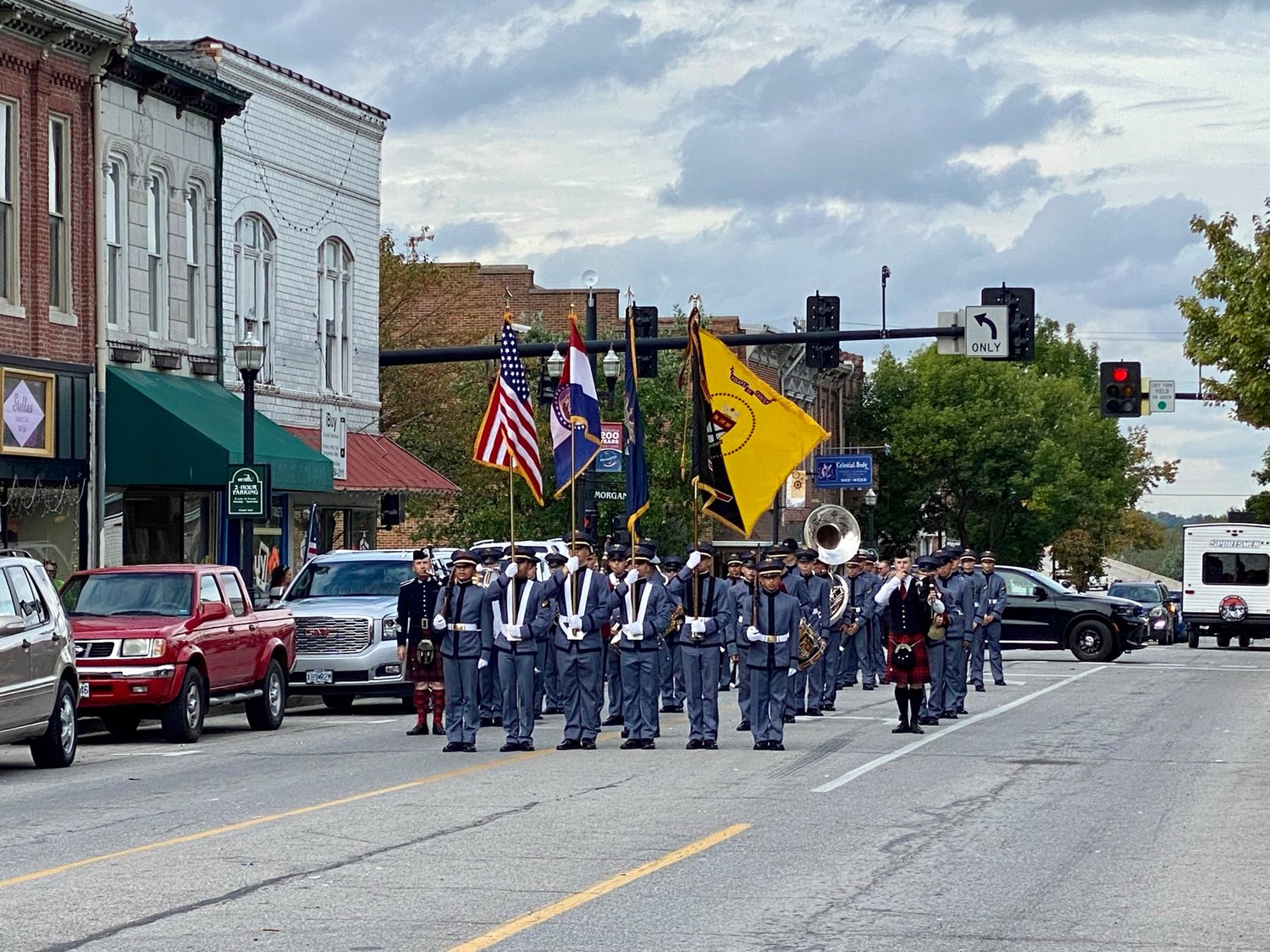 The Kemper Museum showcases the history, heritage and traditions of Kemper Military School and College through displays, memorabilia, and uniforms. Founded in 1844, Kemper closed its doors in 2002.

“Kemper and MMA have had a long-standing relationship, rich with tradition,” said MMA President Brigadier General Richard V. Geraci, USA (Ret). “As Missouri’s only active military boarding school, it is important to uphold and advance the honor and legacy of Kemper graduates through our own MMA cadets, as we have done for Wentworth alumni.”

The Kemper Military School & College Alumni Association began a campaign in 2005 to raise funds to preserve Kemper history and ensure the Kemper legacy (focused on God, country, home, and school) lives on, beginning with the creation of the Kemper Museum.

Since accomplishing that first fundraising goal, they expanded their priorities to include supporting deserving young men and women who uphold the Kemper ideals. As a result, in April 2021, the Kemper Military School & College Alumni Association awarded a $1,000 scholarship to then-MMA cadet Bryce Bowen ’21.

“We are grateful for the opportunity to support the Kemper alumni, especially after their generous support of MMA cadets through scholarship support earlier this year,” said Gen. Geraci.

In addition to the museum opening, Kemper, MMA and Wentworth Military Academy and College alumni came together on October 2 for the Tri-Military Trap Shoot at Lake Lotawana Sportsmen’s Club in Lee’s Summit.