Paris has expended a lot of energy lately and had to use some more Wednesday.

After dropping two Lewis and Clark Conference games by losing 15-0 at Marceline and 9-2 at Scotland County, the Lady … 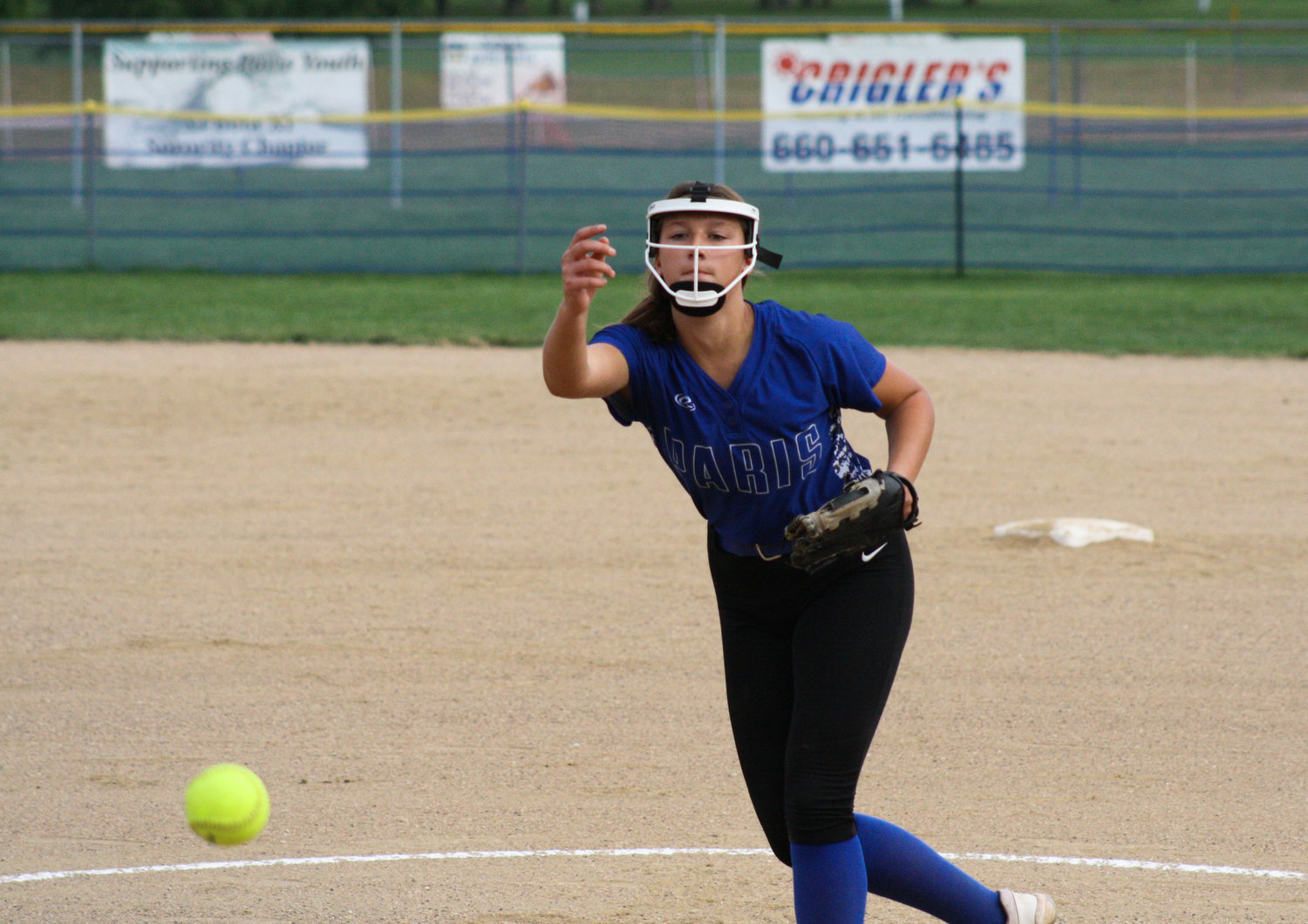 Paris has expended a lot of energy lately and had to use some more Wednesday.

After dropping two Lewis and Clark Conference games by losing 15-0 at Marceline and 9-2 at Scotland County, the Lady Coyotes lost 15-9 at home to Glasgow, discovering early that plentiful runs were needed again. Paris came as close as two runs after six innings but struggled to catch the Lady Jackets after allowing eight runs in the first three innings.

Rachel Shoemyer, Emma Ashenfelter and Reese Sutton each finished with two RBI for Paris, with Sutton having a 3-for-3 day at the plate. Glasgow stole seven bases and had six hitters drive in at least one run — with Karlie Monnig and Kaylyn Campbell leading the way with four and three RBI, respectively.

Head coach Collin Huffman said Kennedy Ashenfelter had already pitched 14 innings this week and her catcher, sister Emma Ashenfelter, has about 112 innings this season. Knowing this, Paris needed to give the duo a break and break in its second string in the freshman pitcher Sutton and freshman catcher Knightlee Mitten.

Sutton had to be removed with no outs in the third inning with the bases loaded in favor of Kennedy Ashenfelter — who allowed seven runs on six hits — as Huffman said the two had issues settling in with Glasgow’s speed.

“They were up 8-0 to start the game, and you have a freshman pitcher that’s going out trying to find her stride still and just can’t find the zone,” Huffman said. “If you give them free bases, you have to go 3-0 and groove one.

“I’m having to throw a pretty tired team out there most of the time. This is three in a row this week. You can’t expect (Kennedy Ashenfelter) to be on her A game either. She’s going to wear out because physically they’re worn out right now.”

Huffman acknowledged Glasgow’s aggressiveness and quickness on the bases proved to be a challenge for Sutton, who has had injuries to her foot and her pitching hand this year, and Mitten, who was catching her second varsity game.

In the first inning, Glasgow (6-9) tested the young battery early with leadoff hitter Layne Sanders stealing second base and eventually scoring and Monnig picking her first RBI with a sacrifice fly. The Lady Jackets advanced a runner to third base after a throw attempting to catch her went into center field and then give Glasgow a 3-0 lead after two.

The third inning was when Sutton lost her control to task the Ashenfelters to wriggle out of the jam. The first two outs were recorded but then two runs crossed the plate due to an infield error for a 8-0 Glasgow lead.

Paris split the deficit in the third inning after Sutton hit a ground ball that couldn’t be handled by the infield, scoring two runners. Shoemyer brought home two more Lady Coyotes on a single. Sutton came through in each of her next two trips to the plate, cutting Paris’ deficit a bit more. She now has to work on cutting into Ashenfelter’s time in the circle so Paris has that other pitching option as the postseason draws closer.

“She always does (have multiple hits),” Huffman said. “She’s a great hitter because she can hit just about any pitch honestly — balls away, balls inside, balls bouncing off the plate. She can hit them all. She has great vision, and she has great bat control.

“We’re working on getting her the confidence to be on the mound all the time too because she’s going to have to be able to pick up more and more innings as the season keeps progressing. She’s still trying to get the reps in more than anything.

That’s why she’s throwing the JV game too, get some confidence back.”
Glasgow added a run each in the fourth, fifth and sixth innings to leave the door slightly ajar for Paris’ offense. The Lady Coyotes scored two runs in the fifth inning on RBI singles up the middle from Sutton and Shoemyer and then tacked on three in the sixth as Emma Ashenfelter and Sutton cut the deficit to 11-9.

Monnig’s two RBI double highlighted a four-run seventh inning for Glasgow that couldn’t be answered by Paris. The Lady Coyotes struck out twice with runners in scoring position in the bottom half of the inning against Glasgow pitcher Brooklynn Morris, who finished with six strikeouts but five walks.

“We’ve been really aggressive (at the plate) when we don’t need to be,” Huffman said. “This girl, scouting told me we should be consertive against her because she will miss. She likes the outside, so when she throws that outside, take it the other way. We were a little hesitant about wanting to take the ball the other way sometimes.”

The Lady Coyotes have that first conference win.

Sutton finished 1-for-3, and Ashenfelter also went 1-for-3 with an RBI.